I’m currently working on a paper analyzing science fiction/dystopian visions of children and families’ interactions with new media and communication technologies.  The paper specifically looks at three points in time – 1950s, 1980s, present day – and three related texts from those eras: 1) The late Ray Bradbury’s short story “The Veldt” (1950), 2) The 1989 Canadian TV version of “The Veldt” from the series “The Ray Bradbury Theater,” and 3) Jennifer Egan’s “A Visit From the Goon Squad,” which won the Pulitzer Prize for Fiction in 2011.  Each text was produced in the midst of some new form of media/technology gaining traction in US homes – TV in the 1950s, video games in the 1980s, smartphones in the early 21st century – and revolve around a fictitious future extension of each media being used by children outside of their parents’ control.  These stories/TV shows/novels don’t take an either/or pro- or anti-technology stance per say, but reflect hopefulness and anxiety, both and all at once.

Inspired by Lynn Spigel’s work in “Make Room For TV,” I did some supplemental browsing for vintage print ads depicting children and computing technology (sometimes with or without family members.)  Most of them are from the 1980s.  For example, this Atari ad makes parallels between the Space Age and the Computer Age.  Interesting that 1) the copy for the Atari ad below makes no explicit mention of gender, and 2) there’s some major media multitasking going on.

I’m super interested in the gendered positioning of late 1980s/1990s tween/teen PDAs – like Sharp’s “Pocket Locker” and Casio’s “My Magic Diary.”  As you can see in the video below too, these devices offered “mobile messaging” – pre-cell phone texting in a zap!  As this 1994 LA Times article notes, Casio’s Secret Sender 6000 “can send 10 pre-programmed messages or a child’s own personalized ones as far as 25 feet.” (Extra interesting that the video puts the emphasis on the devices’ “Match Maker” function.)

“Meet your kid’s new teachers,” reads the copy for this ad for Sprout Software, featuring the characters Tink and Tonk.  Yes, they may “look like funny characters right out of a computer game shoot ’em up,” but they just might displace your child’s teacher in front of the classroom. 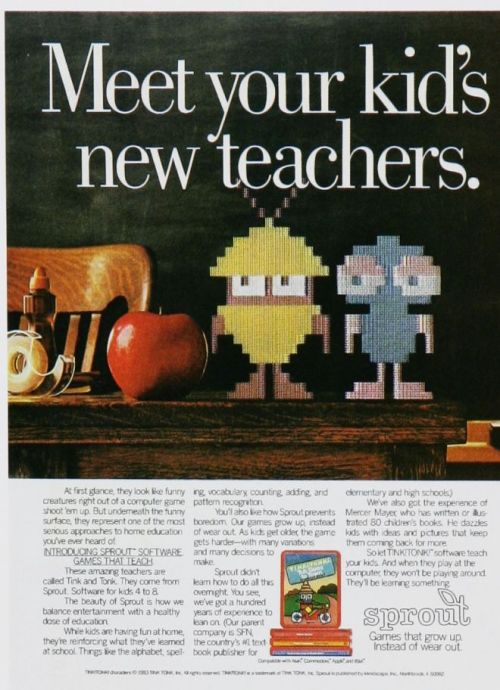 I don’t know if you’ll find the directions from Sesame Street to Wall Street inside that computer’s manual, as the family in the ad below for CBS Software seems to be doing.  The copy primes the audience into associating children’s learning using computers with future financial success. 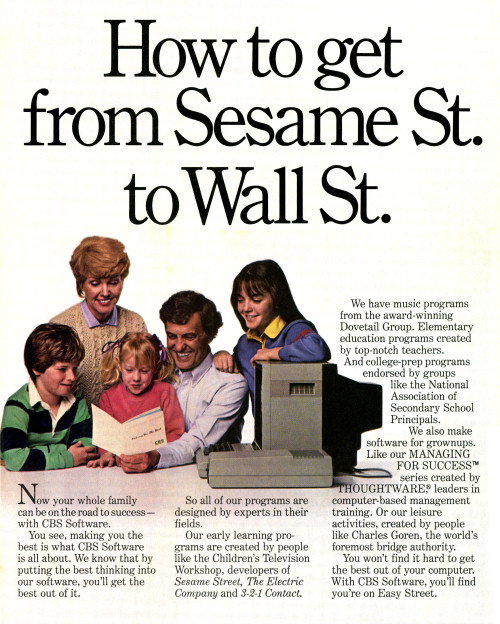 Scholastic’s “Family Computing” magazine was the first magazine in the company’s history to be promoted for purchase outside of schools (with a magazine targeting teachers and computing to come later, according to this 1983 NYT article.)  I’m kind of dying to get my hands on the full set of issues of this magazine for many research reasons, but especially to see if any covers top the awkward family photo in this one. 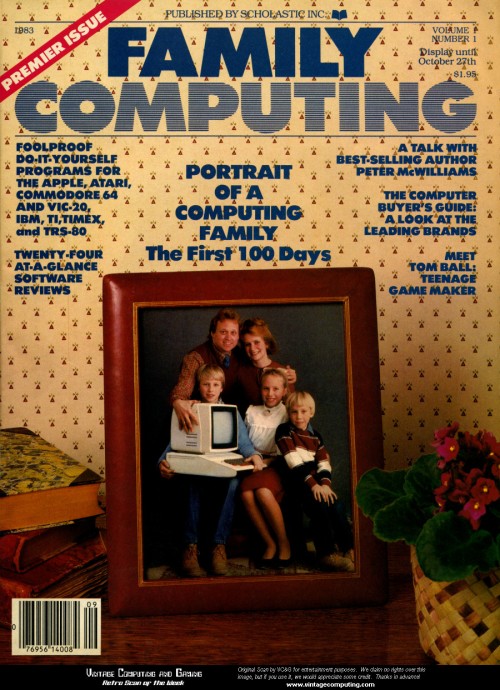 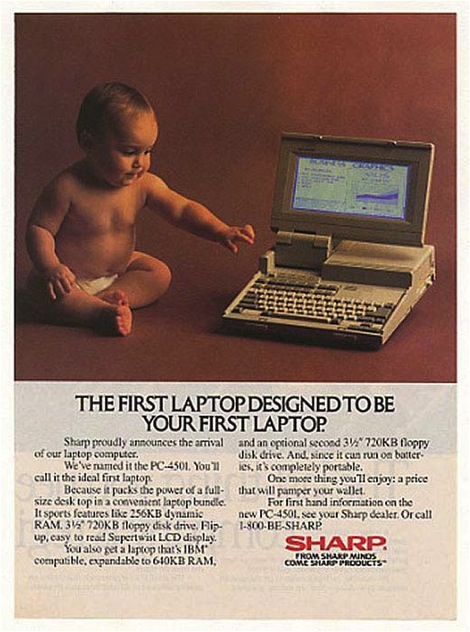 Like the “Family Computing” magazine above, this ad also takes non-mobile/non-laptop early PC monitors and puts them on wheels and in laps (since there were little other alternatives at the time.)  This one evokes nostalgia for “old” school supplies, like lunch boxes, with anxieties about “new” replacements like kindergarteners bringing computers to school.  Its technical support is “the Next Best Thing to Mom and Dad.”  Teachers were the ones being replaced with computers in the Sprout Software ad above, and now its parents. 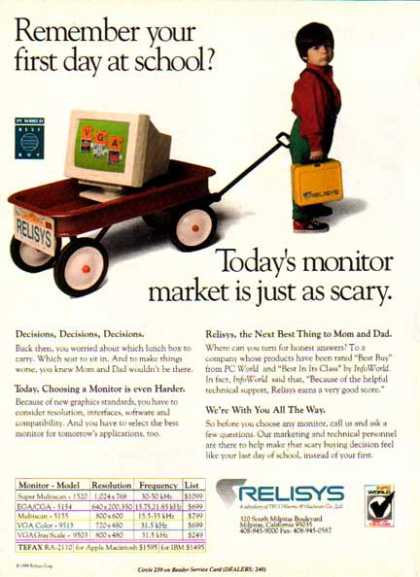 Then there’s all the ads that draw on parent fears about computers irreparably screwing up a child’s brain, or guilt about not doing enough to “tickle” their child’s brain. 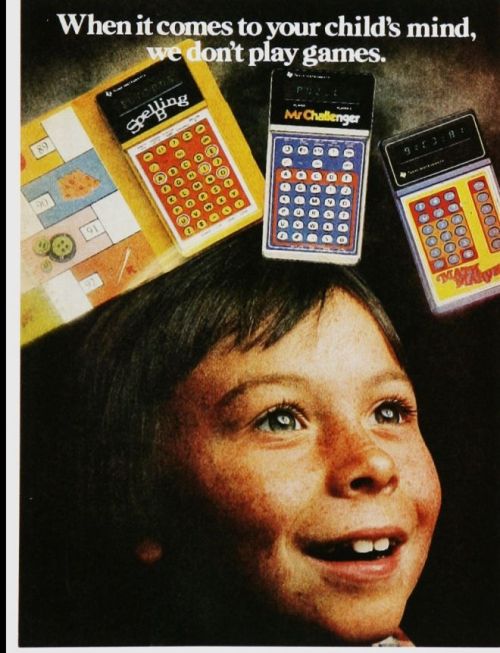 If any of this “tickles” YOUR mind, a great book to check out is Mimi Ito’s 2009 book “Engineering Play: A Cultural History of Children’s Software.”

This entry was posted in Uncategorized. Bookmark the permalink.

One response to “Children, families, and vintage computing ads”